Ed Wheatley, Wrestling at the Chase

2022-09-29 19:00:00 2022-09-29 20:00:00 America/Chicago Meet the Author Hear the story of Wrestling in St. Louis and how three legs (the location, the delivery, and the product) came together for nearly three decades of entertainment and memories for generations beyond. Spencer Road Branch

Add to Calendar 2022-09-29 19:00:00 2022-09-29 20:00:00 America/Chicago Meet the Author Hear the story of Wrestling in St. Louis and how three legs (the location, the delivery, and the product) came together for nearly three decades of entertainment and memories for generations beyond. Spencer Road Branch

Hear the story of Wrestling in St. Louis and how three legs (the location, the delivery, and the product) came together for nearly three decades of entertainment and memories for generations beyond.

Wrestling at the Chase’s 1959 premier fueled a phenomenon during wrestling’s “golden years.” It would start a trend that would draw hundreds of men and women dressed to the nines ringside each week in the Khorassan Room of the opulent Chase Park Plaza Hotel. At the same time, as the clock struck 9 o’clock each Saturday evening, hundreds of thousands more sat before their television sets watching the show. This is more than the story of Sam Muchnick and Harold Koplar, two men on a plane ride who created their own successful ride of a lifetime with this innovative program.  This book is about the history of professional wrestling and the men and women with the monikers of Bruiser, the Fabulous Moolah, Gorgeous George, King Kong, and Nature Boy to name just a few who came together for nearly three decades of entertainment and memories for generations beyond. 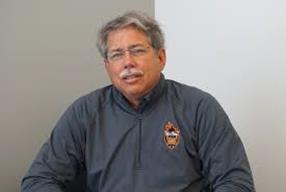 Ed Wheatley is an award winning author, film producer, and sports historian. He is also a weekly sports contributor on a St. Louis drive time radio program.  His book, THE ST. LOUIS BROWNS– THE STORY OF A BELOVED TEAM, received numerous accolades and awards including Sports Collectors Digest selection as the best book published on baseball in 2017, a 2017 nomination for the Lawrence Ritter Award by the Society for American Baseball Research for the best book in baseball. In 2020 the St. Louis Post-Dispatch selected his recent book, BASEBALL IN ST. LOUIS – LITTLE LEAGUES TO MAJOR LEAGUES as one of the top 25 books of 2020. Recently two of his books were selected in a Book Authority buyer’s guide of the “100 Best Baseball Books of All Time”.  He has produced two films shown on the PBS network that each received EMMY award nominations, as well as a win in 2020.  His films were also selected for inclusion in the prestigious National Baseball Hall of Fame’s Annual Film Festivals in 2018 and 2019.

He has now shifted his attention to another key moment in St. Louis Sports History – Wrestling at the Chase – and is here to tell you about how our town came to be the professional wrestling capital of the world.  This was a very special time that most people may remember, spending either Saturday nights or Sunday mornings huddled in front of the television set pretending to be sitting alongside the St. Louis swells ringside at the Khorassan Room of the magnificent Chase Park Plaza hotel.  The success of this recently published book has brought back so many special memories and is now being turned into a film that will premiere on the PBS network this June.

Books will be available for purchase from Main Street Books.

This event will take place in the Community Commons rooms 240 & 243, located on the second floor of Spencer Road Branch.

Check out the WRESTLING AT THE CHASE from the Library HERE!

The Spencer Road Branch offers a large collection of items to browse and has professional staff to assist with questions about business and nonprofit services. This branch features large and small meeting rooms. Discover public computers, free Wifi, quiet study spaces, and separate areas for teens and children at this busy branch. Passport services and a drive-through service window are also available.